Every so often we are reminded why we love Monroe County. This evening while a torrential rainfall drenched the town, we received one of those reminders.
As our readers were on our webpage discussing the beautiful views the weather was providing, they wondered would a rainbow appear.
And shortly thereafter, it did-metaphorically anyway, ending over local grocery store, Price Less Hometown Foods, owned by Houchens Cooperation, where many town folk found their “pot of gold” tonight.
Call it an unfortunate turn of events for the store or a blessing for shoppers, but however you chose to look at it, this night will not soon be forgotten.
Social media again came into play as a message went out across the lines of the grocery giving away free food. Some may have thought this too good to be true but a lot more rushed to the store which quickly resembled a “Black Friday” special.
With the parking lot being impassable, cars abandoned while still running, people rushing through puddles and an absence of buggies – one would assume the scene inside was out of control.
Shoppers were grabbing boxes, milk crates and even mop buckets to fill with as many items as they could hold. Among the ingenuity of the shoppers, Monroe County High School basketball coach Clifton Hamilton, known for his team get-togethers, stood out with an entire buggy overflowing with chocolate chip cookies. He joked, “These are not for the girls; it was a display. I’m just gonna use the extra space in the buggy and then put it back in it’s place.”
Upon further examination customers learned of a three-limit item per person, of the offered selections of the cooler section of the store. The coolers had lost power and store employees decided rather than throw away the food that they would offer it to the community. According to Michael Dial, meat manager, “The main power line, it’s about as big as my arm, it melted – shutting it down. The electric company had to come and disconnect power to the box.”
In a moment’s notice, the store had to make a decision. “We could have thrown it in the dumpster or we could help people. We know there are people who could use that food, but we needed to make sure that as many people as possible could be helped. We made the three-item limit and then we posted on Facebook,” explained Angie Payne, manager.
The lines for check-out were backed all the way to the end of the aisles, and while sometimes people will complain about waiting in long lines, most were in good spirits.
Each item has to be checked out, for inventory purposes as well as our insurance,” explained Dustin Arnett, store manager. He glanced around and continued, “Hopefully the insurance will cover the loss, but if not – at least we were able to help all of these people.”
The people were surprisingly calm in the chaos. Although there were issues, most everyone was very helpful toward each other – passing items, watching each other’s buggies, helping bag groceries or return carts to those who may need one, and even joking with cashiers about paying for those in line behind them.
Local police officers arrived on the scene just as quickly as did customers and had the crowd under control and the parking lot cleared within a few minutes. An hour or so into the Facebook announcement the doors were locked to any more customers and the lines started to slowly recede.
One of the last customers to make it in the door was local waitress, Brookie Smith. She had walked to the store for a gallon of milk, clueless to what awaited her. “I just needed milk and now I have all of this, this will help so much. This is so nice of them.”
Officers continued to hold watch, corral buggies and officer Richard Shirley, even comforted an overwhelmed baby as her mother bagged her groceries.
A few hours into the madness, the rains had passed, leaving only a few puddles and a few cars in the parking lot and just a few items left on the shelves of the store.
And while the shelves are empty, the hearts of Monroe County will forever remain full from the generosity of the employees, and the love and kindness shown throughout the small grocery store tonight.
To make the obvious pun, it was “priceless.”
— By Terry Simpson 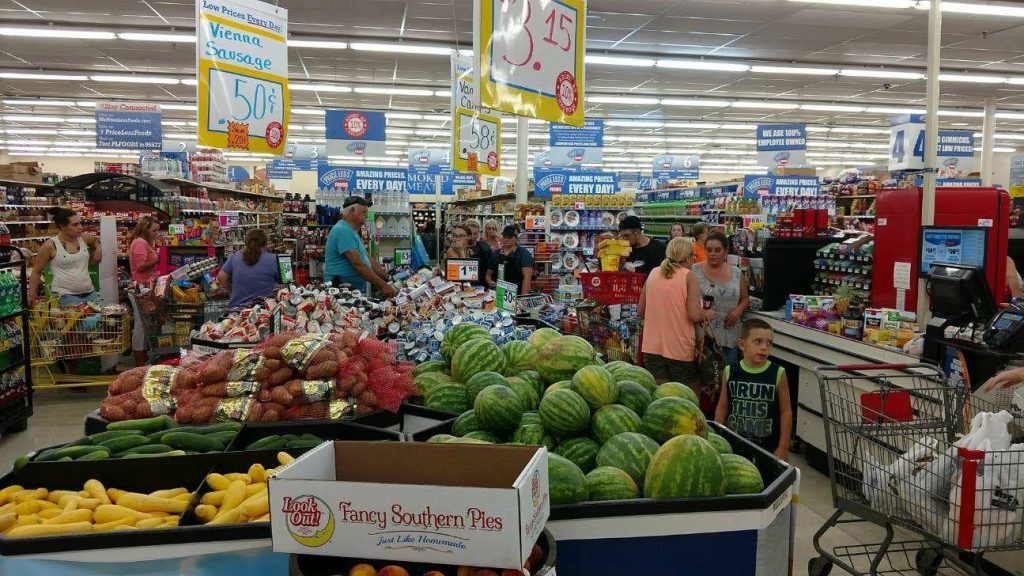 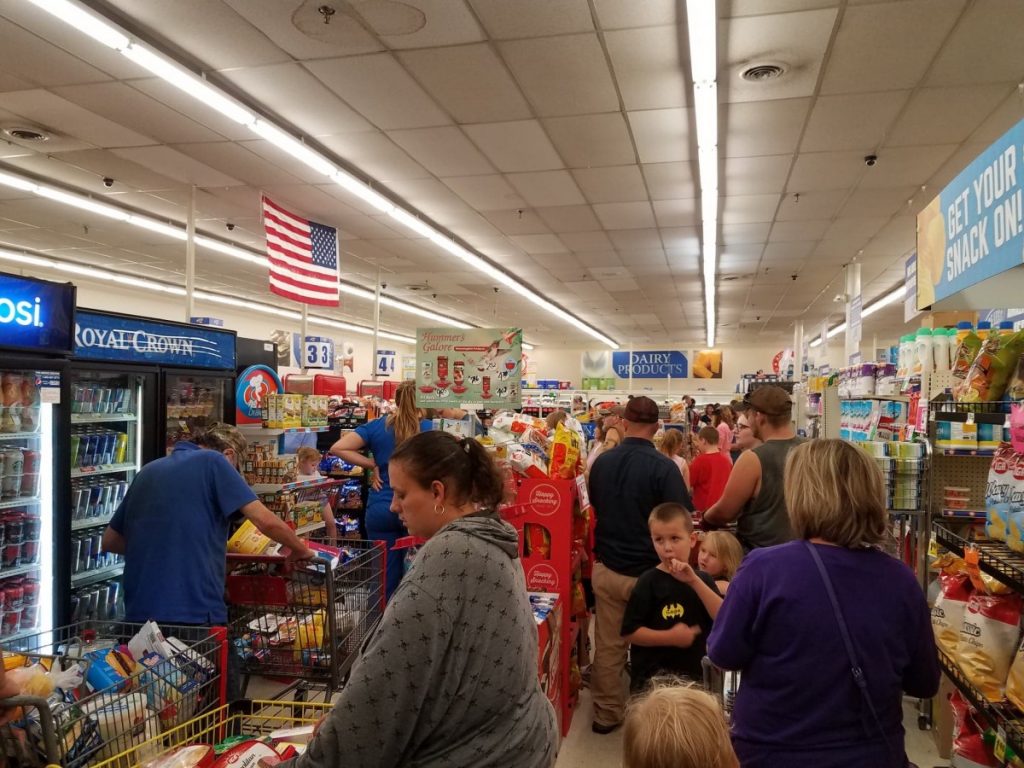 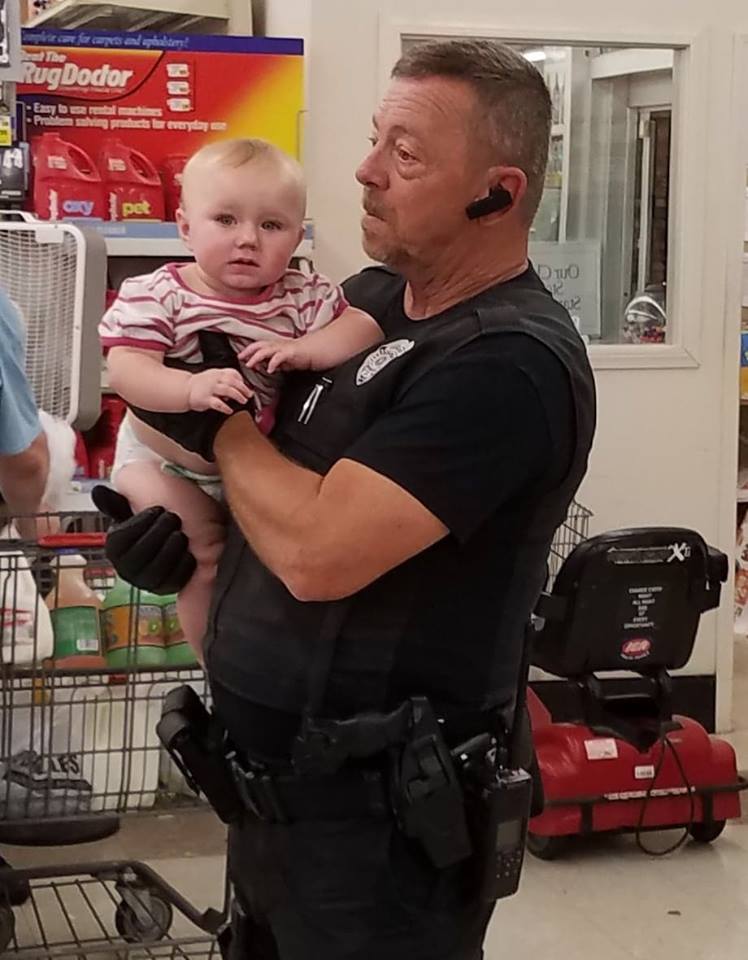 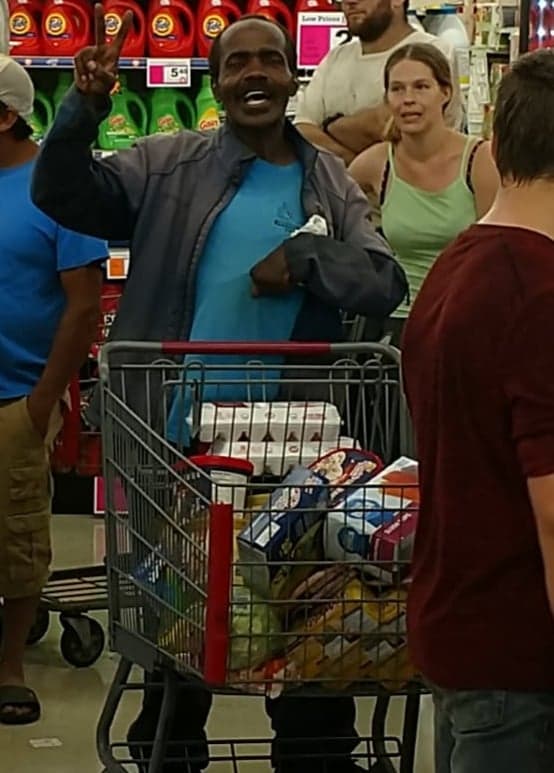 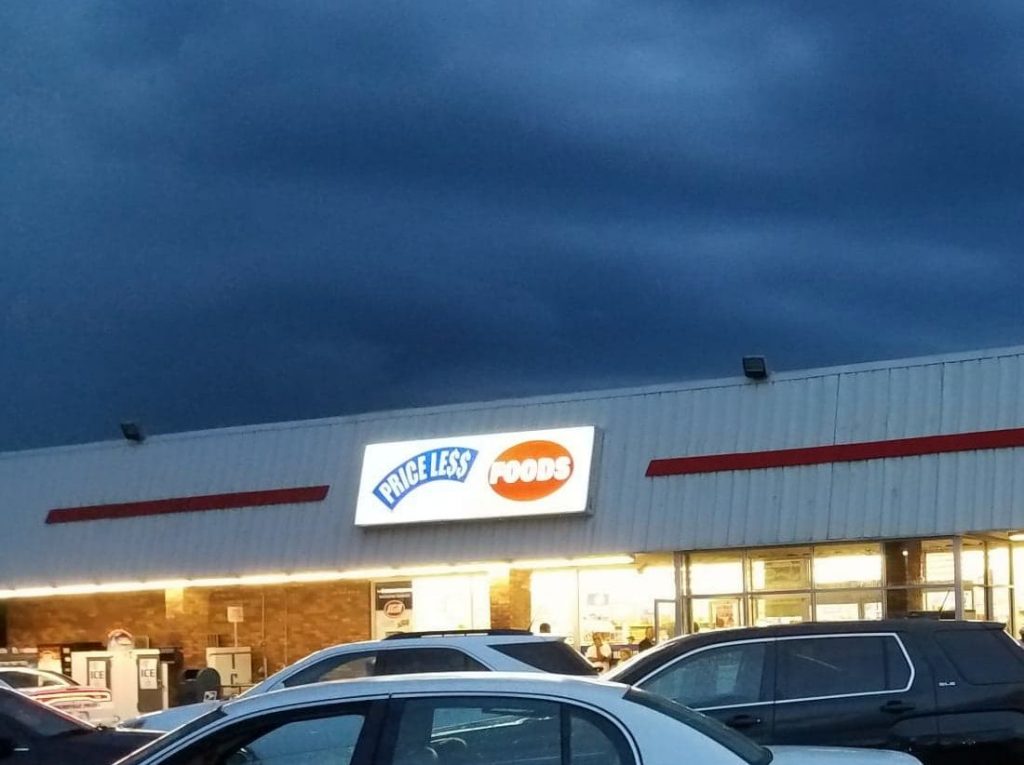 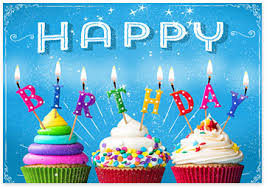 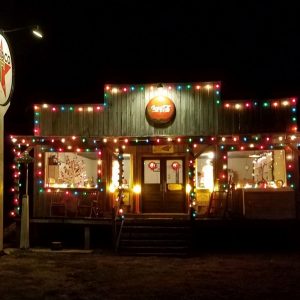