The group approved the appointment of Williford at a rate of $12 an hour during their monthly meeting held on Monday, Feb. 10
Mayor Larry Shaw explained to the Commission that he felt the City needed this addition, but was unsure if they could afford to hire another officer.
“We have one police officer — Chief of Police Harold Brown — who works hard  trying to take care of this town with limited hours. We have upped his hours, but we need more,” Shaw added.
Williford is a certified officer, Shaw told the group, “I think we need him, but I am not sure if we can afford him.”
Williford, who has eight years experience in law enforcement and 15 years as a paramedic, thanked the commission for their time and noted that he had spoken with Brown a few times, off and on about his intentions. “I approached Harold and he would like the help–and I would like to give it,” he said.
He explained that he was in no way belittling Brown, “I don’t want to take his place, I just want to help. He has been doing this job a lot longer than me but it is dangerous with only one guy.” He also noted that Brown is not certified and that could be a liability.
He shared that he had recently bought a house in the area and that he plans to make his home in Fountain Run with his wife, Holly, and their children. “Holly and I love it here and our intentions are to stay here a long time.” He asked to be considered for full time employment but noted he understood if that was not a possibility.
Before retiring to closed session, the men discussed the matter with Commissioner James Law noting, “The need is definitely here — it is just — can we afford it?” Shaw replied. “If there is any way possible I would like us to hire him.”
After returning to the open meeting it was announced that Williford had been hired with his swearing in pending.
During the meeting, resident Connie Goodman also came before the commission. She presented a proposal suggesting an event to incorporate Fountain Run into the Bicentennial celebration. Currently, the city only has plans to have a float in the parade at their BBQ Festival.
Goodman told the group of her idea of a “bake off” contest, centered around the 200th birthday celebration and the wooden birthday cake, which was unveiled at the Monroe County Bicentennial Celebration Kick-off. She noted that the contest could be held during the BBQ Festival or another time throughout the celebration which is ongoing until the finale in October.
She also shared that she would like to incorporate coffee into the contest as the Duncan Coffee Company has roots in Fountain Run. She noted she was working with representatives of the family toward a possible sponsorship and that she has some antiques from their company that she would like to use in a display at the event.
Shaw replied to her that he liked the idea and thought it would go over well at the BBQ Festival but that the matter would need to be brought before that committee. He invited her to come to the first meeting, which he noted will be held on March 2, at 7 p.m., at City Hall or the Senior Center if the crowd is big enough.
Goodman explained that she has been working hard on the idea, with volunteers from the Flippin Homemakers offering to help as needed. She noted that anyone who would like to help, through volunteering or those with input to call her at 270-255-1018.
Commissioners also approved
— a motion to leave bids for mowing of the park and other city areas open for one more month, noting that anyone who is interested in placing a bid should come by or call City Hall, at 270-434-3544 for the specifics.

— approved approximately $3,900 for supplies and $1,500 for hoses for the new fire truck, which should be available within the next few months. 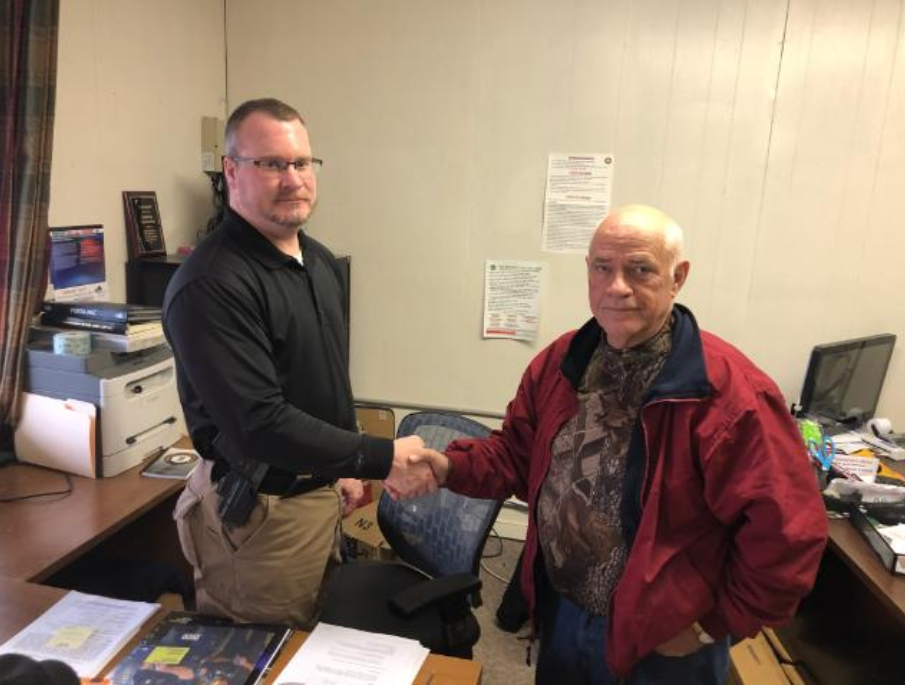