As the Monroe County Bicentennial Celebration continues, with events going on throughout the year,  more and more opportunities to participate in the festivities are becoming available.
Recently the William B. Harlan Memorial Library held a special week-long display in honor of the Bicentennial.
Patrons were able to visit the library any time during normal hours and view the President James Monroe Traveling Exhibit, which was on loan from the James Monroe Museum.
Monroe County was named for President James Monroe, with the county seat named for his Vice President, Daniel Tompkins.
This exhibit is of particular interest as the men held office during the 1820s, which also marks the county’s 200th birthday.
The display tells of Monroe’s National tour of the Southern states during his first term.
Free handouts, such as word puzzles and a time table, were also available during the event.
The week’s storytime, held on Tuesdays at 10 a.m., for preschoolers, featured a craft where children designed their own hats from the time period.
A Presidential display was also placed near the exhibit as President’s Day is in February. 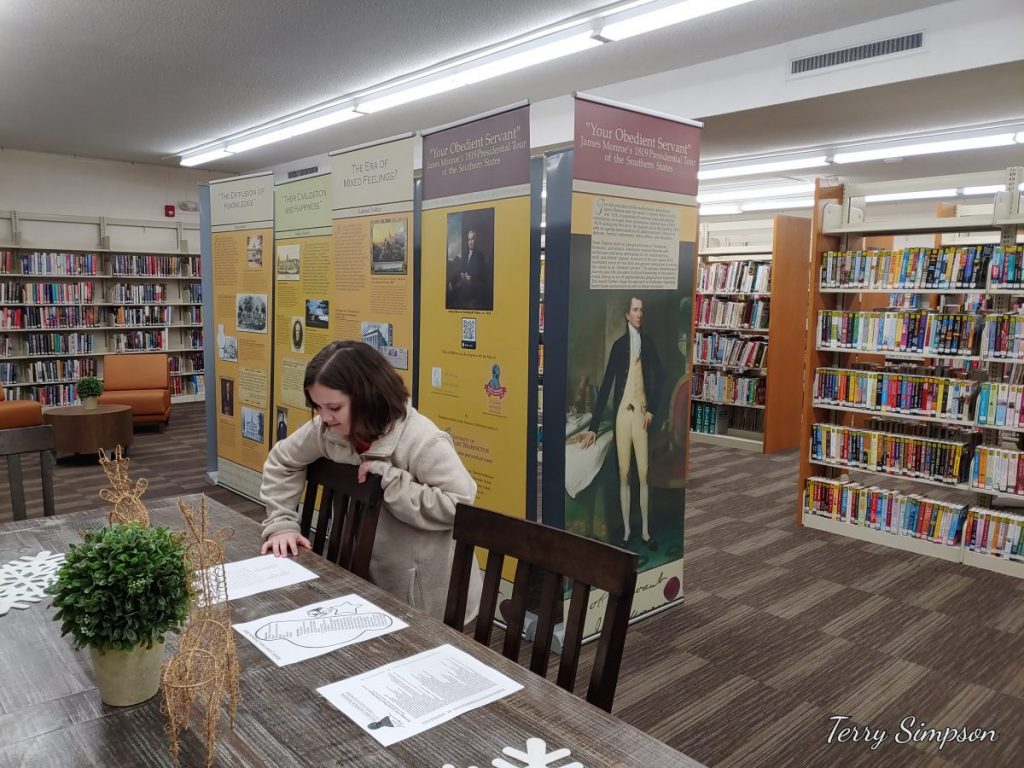 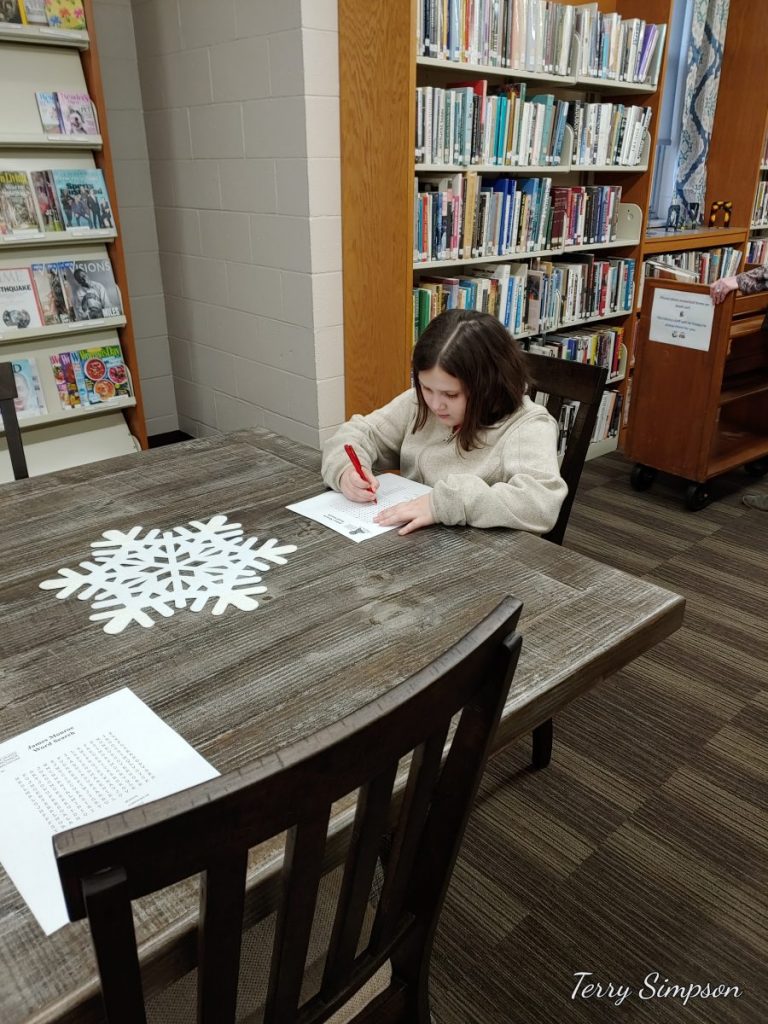 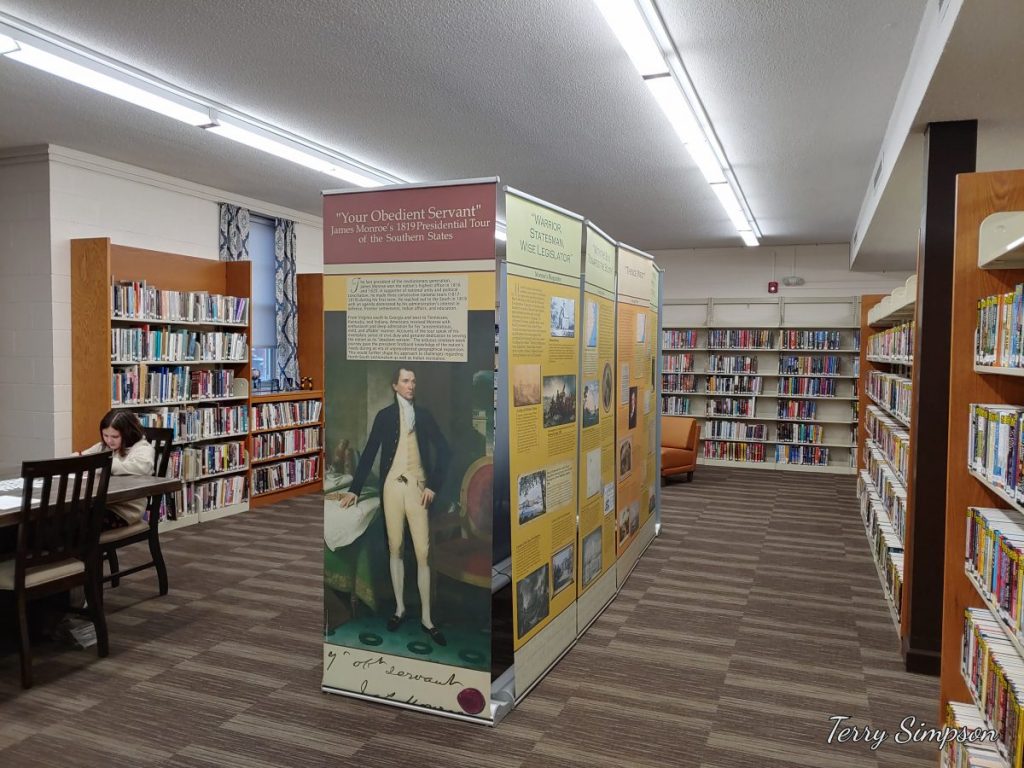