For almost as long as there has been a Monroe County High School football team – John Petett has been involved — first as a player, then as an assistant coach, then as the head coach for 12 years.
Petett, who stepped back from the lead role four years ago, was tagged to take back over the program at a press conference on Monday afternoon, Jan. 13.
Petett takes back over the team from Billy Joe Murphy, who resigned in December. Petett had also worked under Murphy in the past few years as an assistant coach.
MCHS Principal Melissa Emberton made the announcement of Petett’s selection.
“Coach Petett was the winningest football coach in Falcon Football. He’s taken some time off, but I know he is excited to be back.  We look forward to great things,” she added.
Petett then addressed the crowd gathered, as well as several of the current  football players, noting his appreciation to Coach Murphy saying that the former coach had left a strong foundation and he was happy and excited to build on it.
“I have a lot invested in this program and, if you had told me four years ago that I would be the head coach again, I would have said you were lying. But’s just something that… well, I’m not scared of,” he said.
“This is the best, greatest, high school football job in Kentucky, in my opinion — and that’s how I feel about it, and that’s  how I will continue to feel about it and that’s how we will be going forward about it. I love Monroe County High School football. So, with that being said —  I’m back!”
A team meeting was scheduled for immediately after the conference with Petett noting that he would continue working on the foundation that Coach Murphy had built.
“I have been an assistant coach under a very good football coach. I know every one of these kids sitting here and I know they have a lot to bring to the table. My style is different from Coach Murphy’s style, but that doesn’t mean one is better than the other. Both are Monroe County styles.” 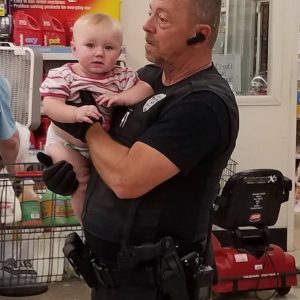 Doin’ some good for the neighborhood…

… cause “Life is better in Sulphur Lick ”