While most everyone in Monroe County knew when the first day of school was — focused and ready to start their day, one local resident was a little bewildered this morning.
Red Jones, AKA “Mail dog,” a canine resident of White St., in Tompkinsville, who lives with his family Josh, Elizabeth, Austin and Tucker Jones, watched as his charges got onto the big yellow bus and drove away, something he had not witnessed in a few months.
Bewildered at the loss of all the neighborhood kids and playmates, Red chased after it for a bit and then stood around looking each way as if trying to decide on his next move.
Red, the dog who was a stray, appeared on White Street one day and quickly became well loved by the neighborhood children and adults.
Back then, each morning he would make sure all the kids on the street made it onto the bus and then he would head out to local fast food places for his breakfast.
He relied on the kindness of strangers for his next meal until he was adopted by the Jones family.
He now has a warm bed at night and never misses a meal, but he still stops in local establishments for a hamburger or some taco meat on his daily commute to work.
The dog began his “job,” which earned his title of “Mail Dog” when he started following the neighborhood mailman James Denton along his mail route and now has a routine each day of meeting James at the post office and following him throughout the day.
Red, affectionately called “Boomerang” by some of the neighborhood children, because – as Marissa Simpson said, “He always comes back,” made it back to White Street every day just a few minutes before the bus would return in the afternoons and he would see his kids made it home safely.
When school ended back in May, the animal was noticeably bothered and looked for the bus for a few mornings, almost depressed, before getting back to his usual self and focusing mainly on his mail route.
He has become “Famous on Facebook,” as someone is always posting on the social media site of his adventures, from lunch at local hamburger joint, Dovies (one of his favorites), to pictures of him awaiting Denton at the Post Office.
During the summer, Red had gotten used to sleeping in, he wasn’t quite prepared for the bus on the first day of school, but he adapted quickly and is prepared now.
Red refused to comment when we caught up with him this morning at Tri-County. He was still a bit preoccupied, looking both ways-toward the post office and back toward his house, searching for Denton or perhaps the bus which took his charges. He did, however, pose for a quick picture before rushing off to start his day.
After all, even if he doesn’t say much, he is used to being photographed. 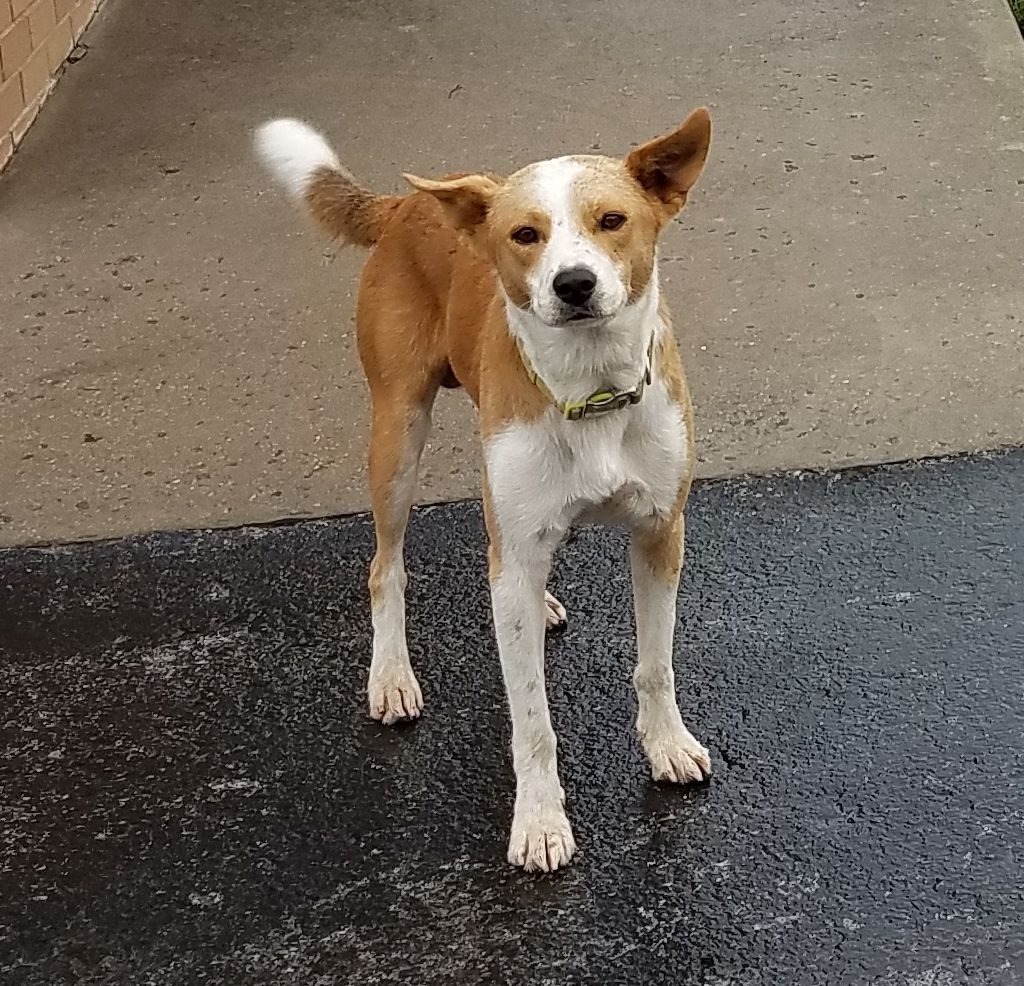 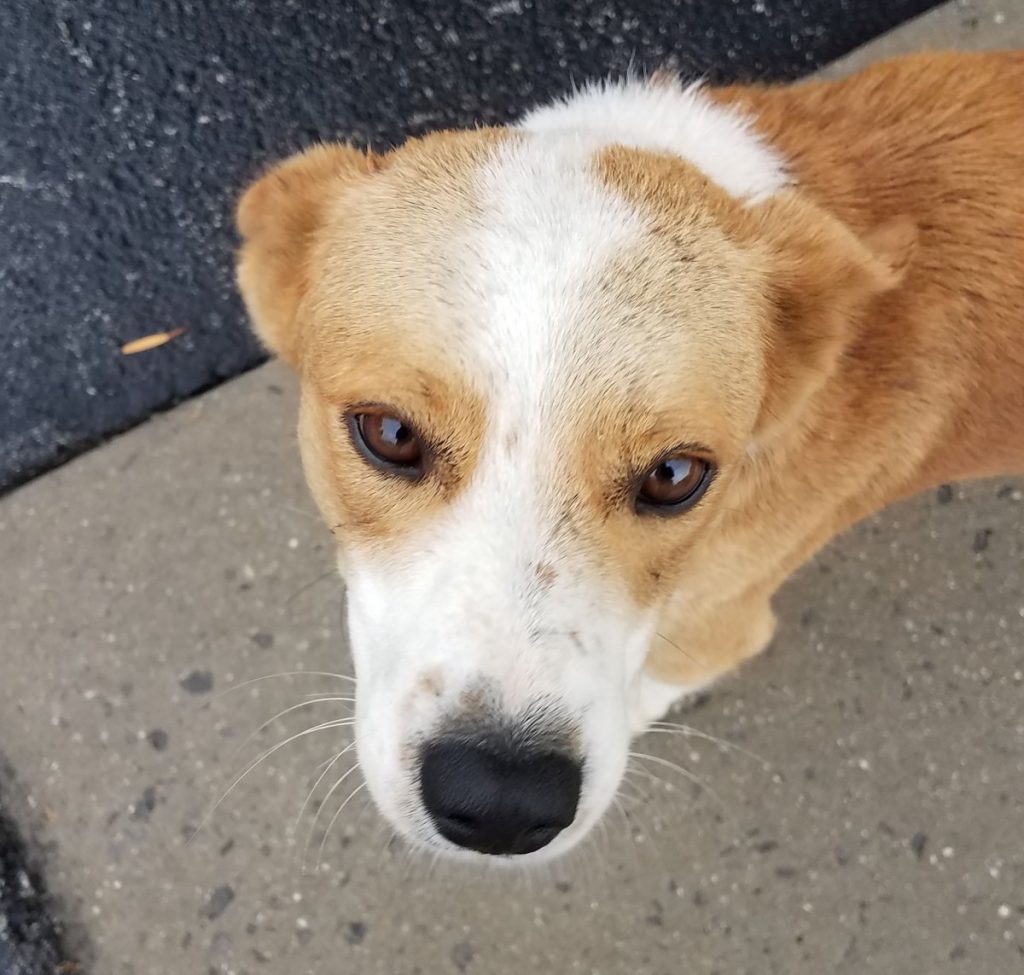 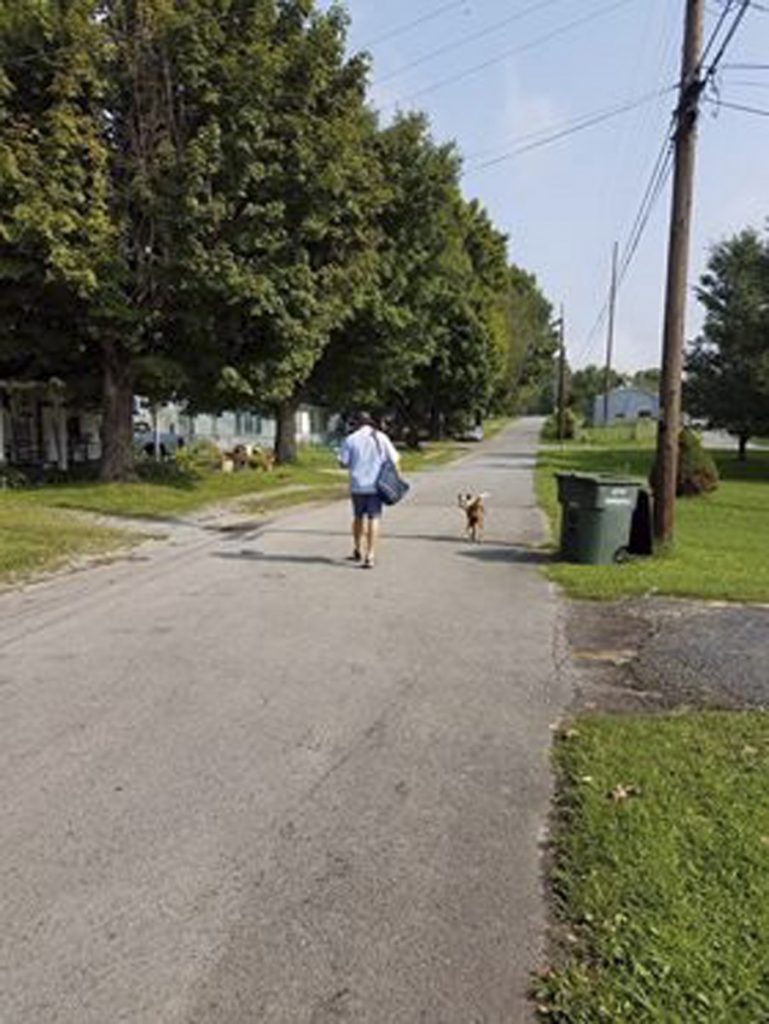