Did you know that in order for a persimmon tree to bear fruit, you need both a male and female tree — and that only the female bears fruit or that Pecan trees only give every other year?
Monroe County residents MaLora (Emberton) Woods, Kensie (Smith) Pitcock and Dennis Simpson discussed this and other tree facts and planting tips while waiting in line for their free saplings at a tree giveaway held on Thursday, April 19, with a record number in attendance.
While Simpson has been growing his own “forest” through the offerings of the program for many years, Pitcock and Woods were first-time attendees.
He noted that over the past several years, he has been planting trees of several different varieties offered, and was starting to run out of space, with several growing well over his head on his property.
He told the ladies that his children loved fruit and that he also wanted to teach them the importance of planting trees and reducing their carbon footprint.
The yearly event called “The William Harlin Memorial Tree Giveaway” is held by the Monroe County Conservation District each year in honor of William Harlin, who served on the Conservation District for approximately 50 years.
According to organizers, Harlin is remembered as a good friend to conservation, as well as to the county as a whole.
Tree types available this year were Grey Dogwood, Rough-Leaf Dogwood, Northern Red Oak, Persimmon and Pawpaw.
Woods and Pitcock noted their excitement to start their own saplings, as they discussed the trees they would like to have.
Pitcock planned to use one of her selection as a unity tree in her wedding, which was held just a few days after the event.
After reading over the information and pictures posted nearby, the group made their way through the line, speaking with National Resource Conservation Service Planner, Lydia Smith.
After picking up their chosen saplings, they were provided a lunch of hot dogs, chips, drinks and cupcakes.
If you missed out on this event, make sure to watch the Tompkinsville News for the next announcement of this event or others like it.
For more information on the Conservation District, contact Jarad Bartley or Cheryl Graham at 270-487-6589 ext. 3. 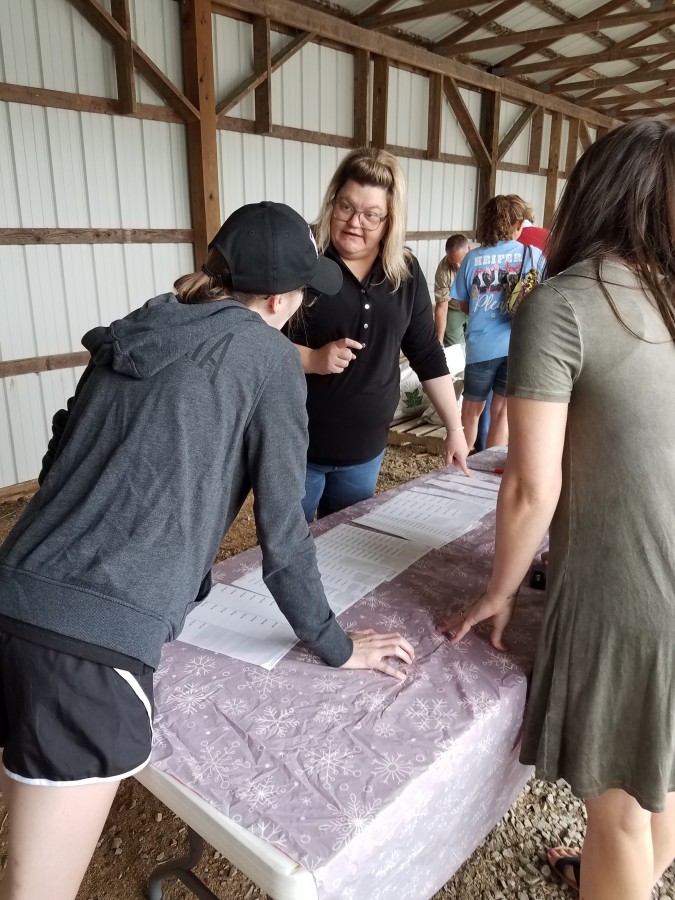 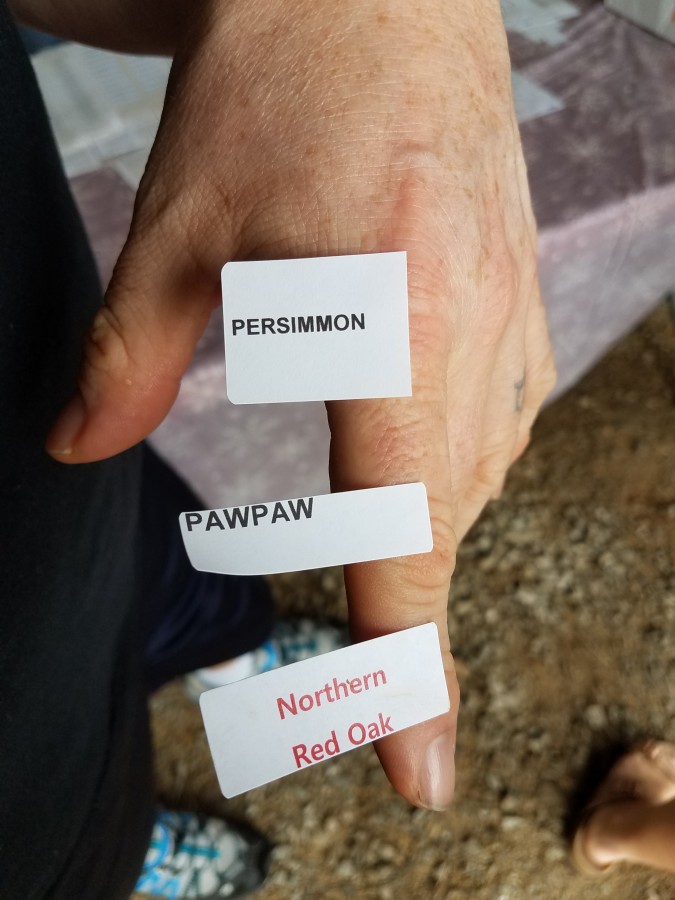 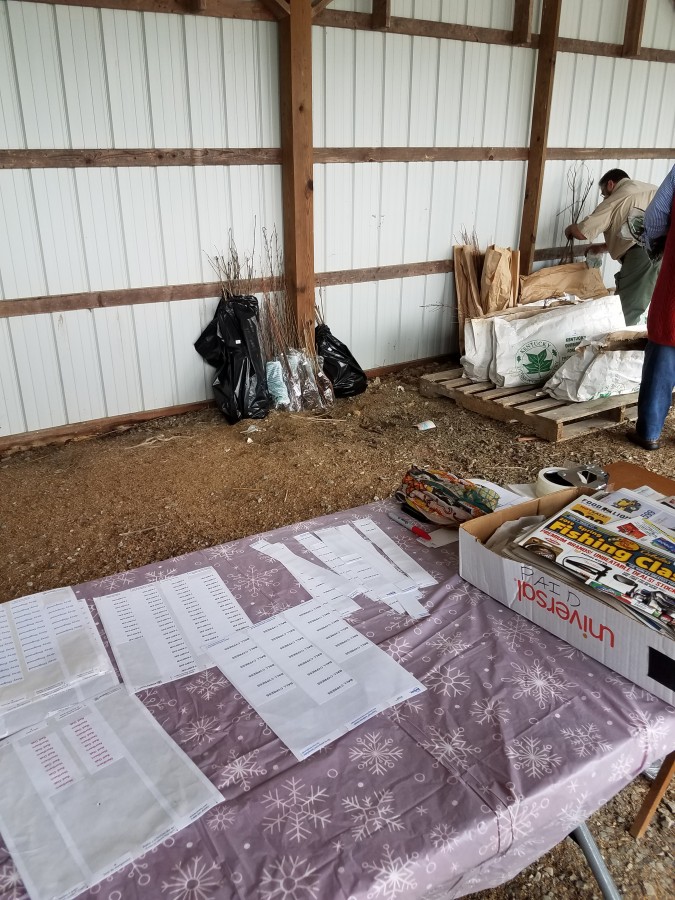 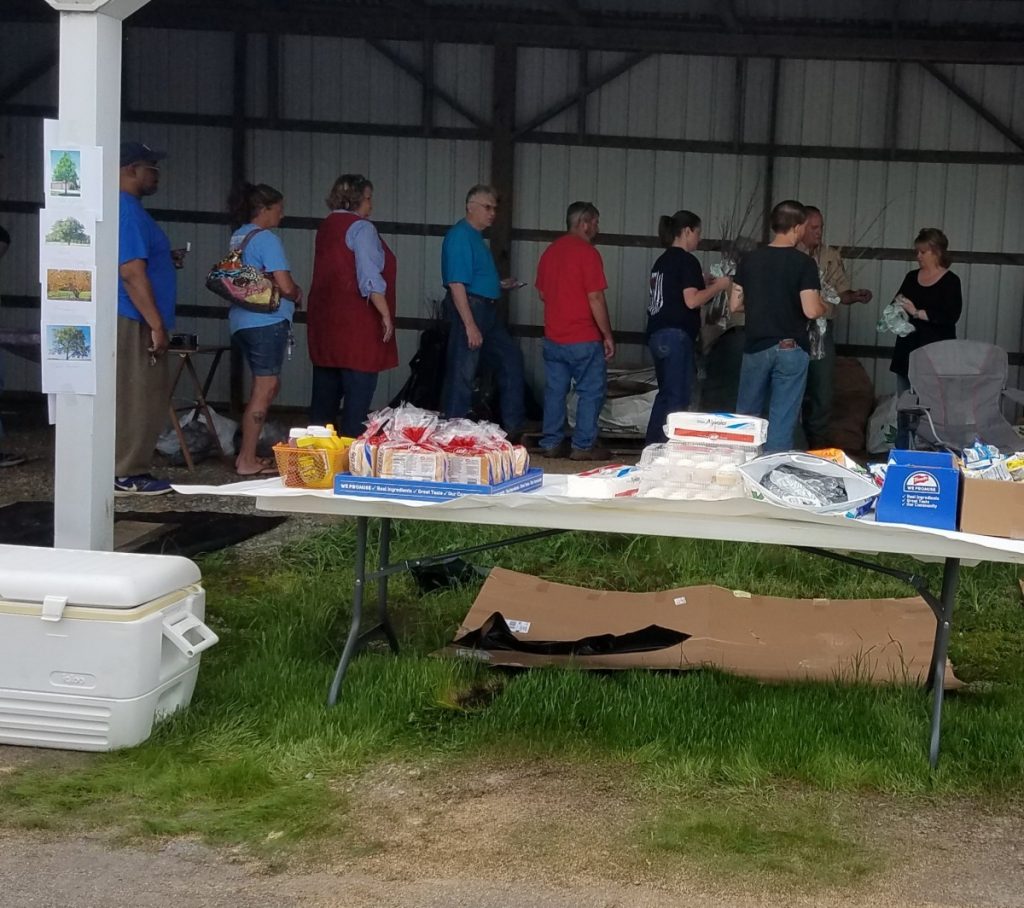 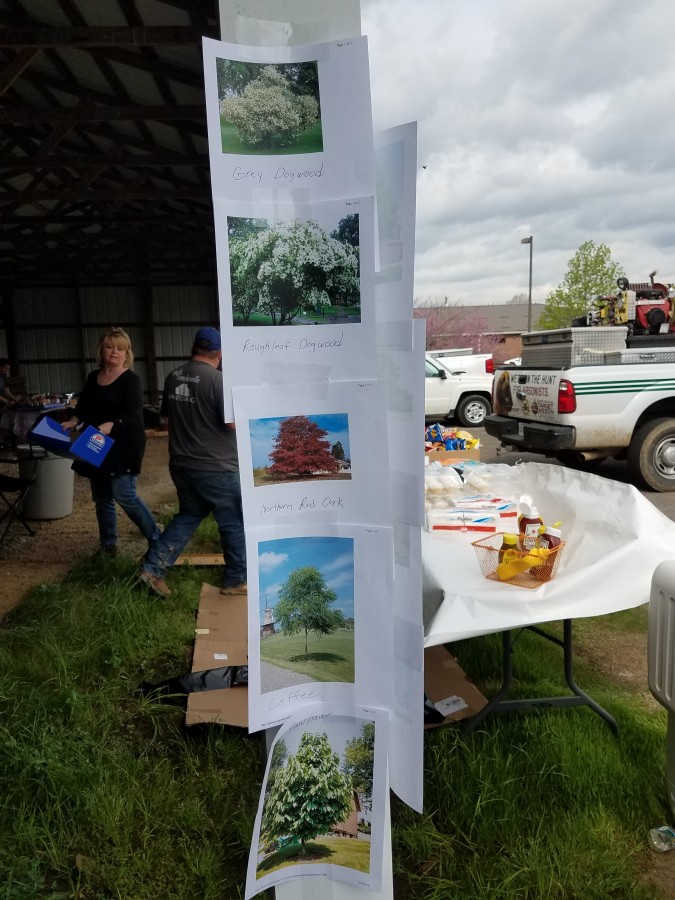 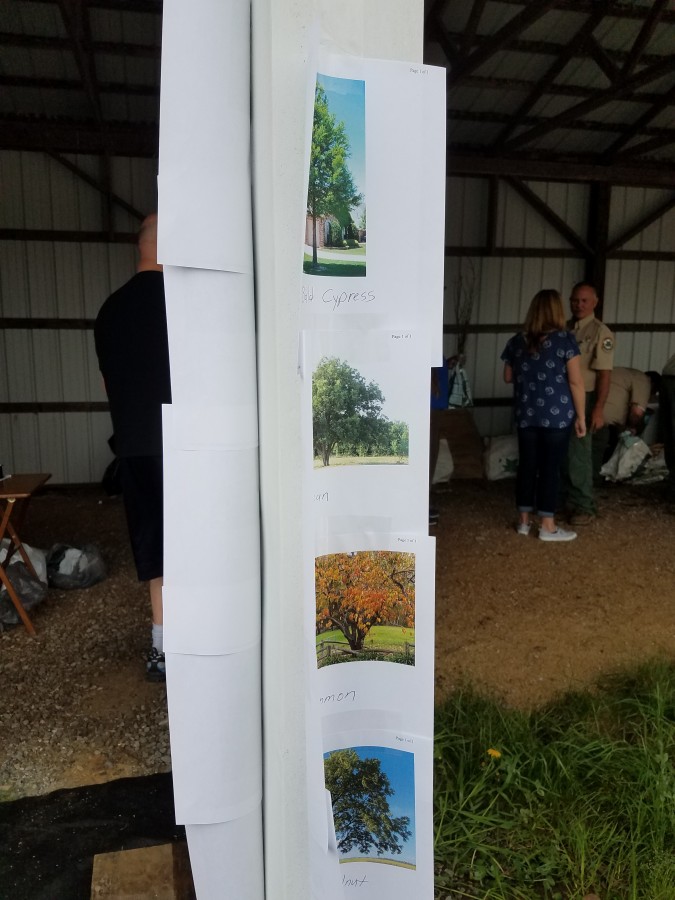 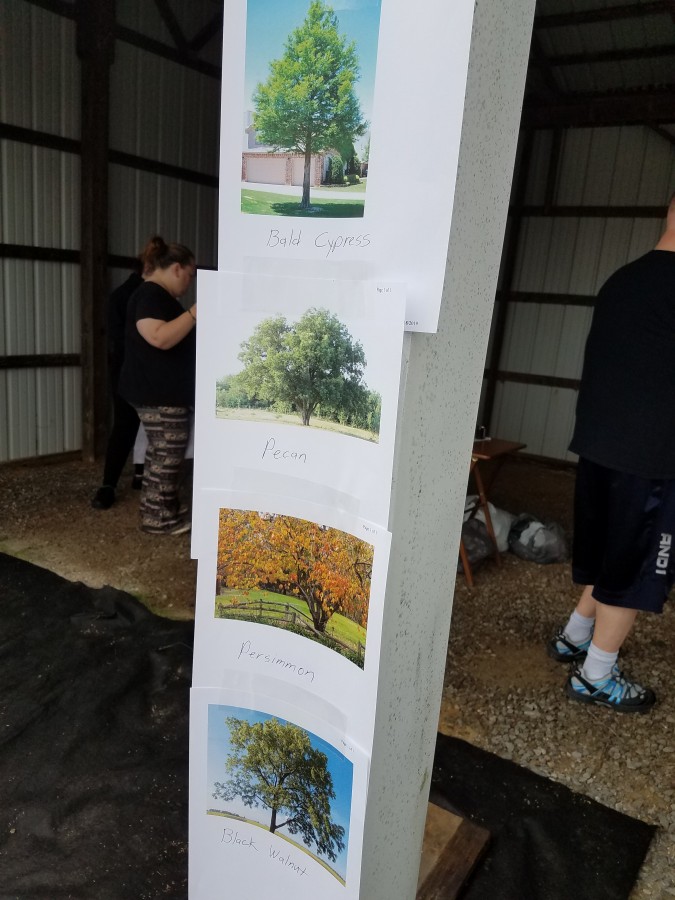 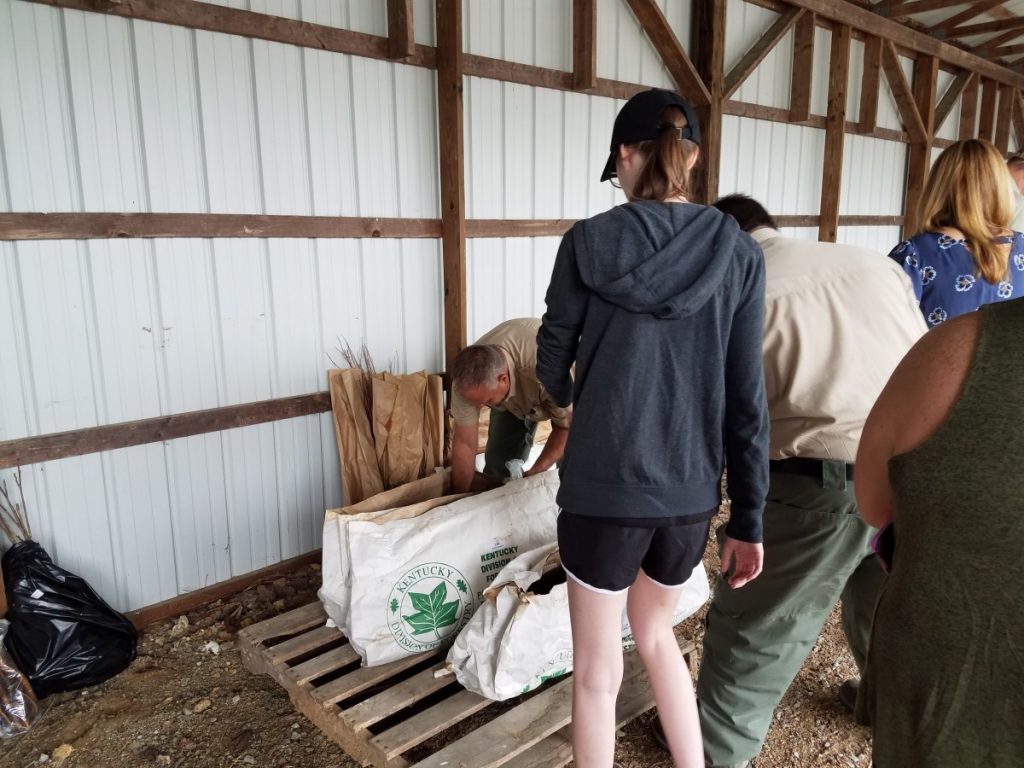 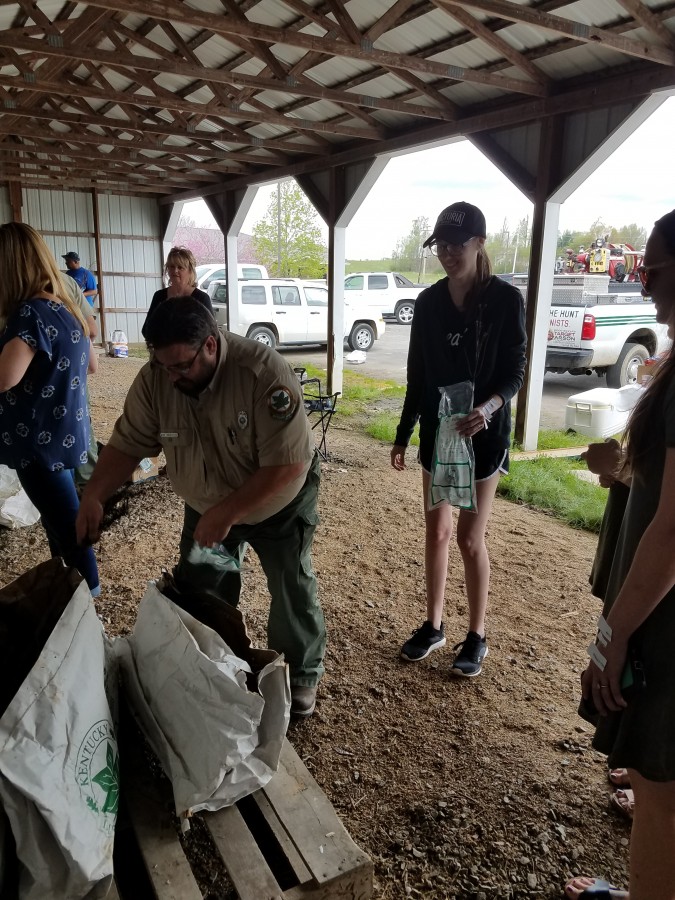 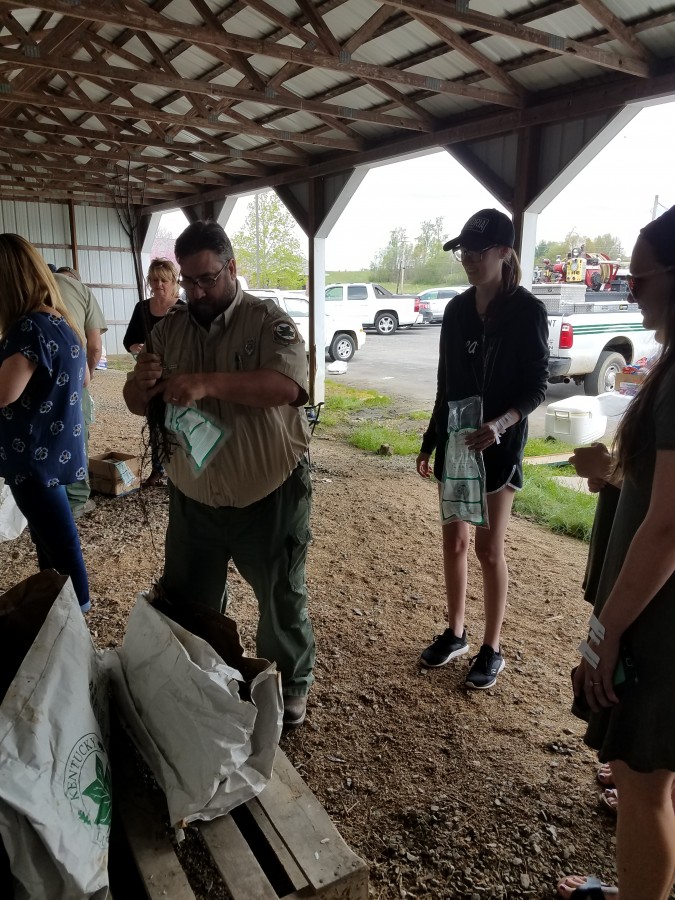 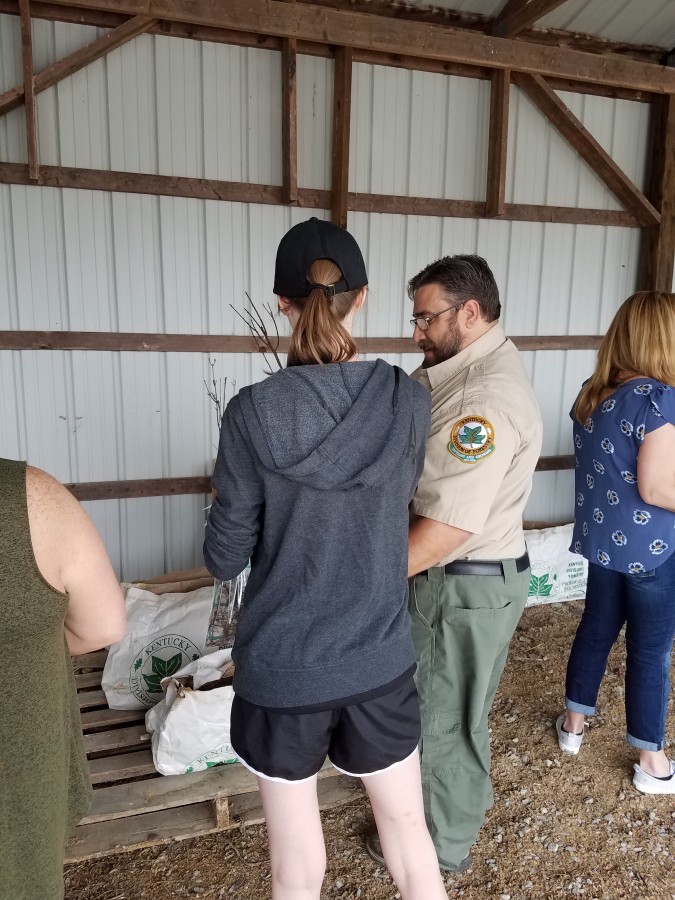 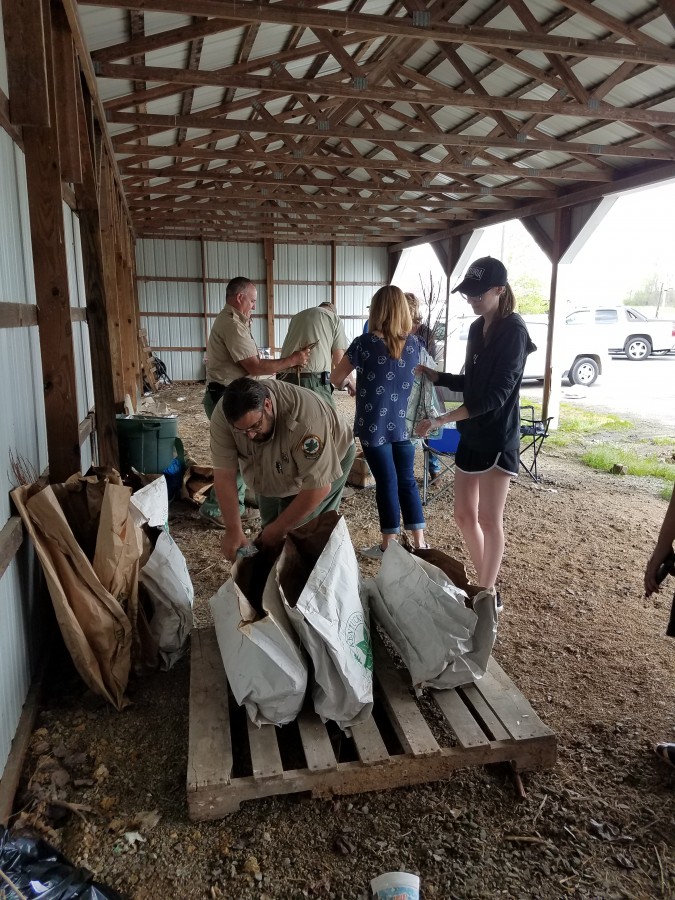 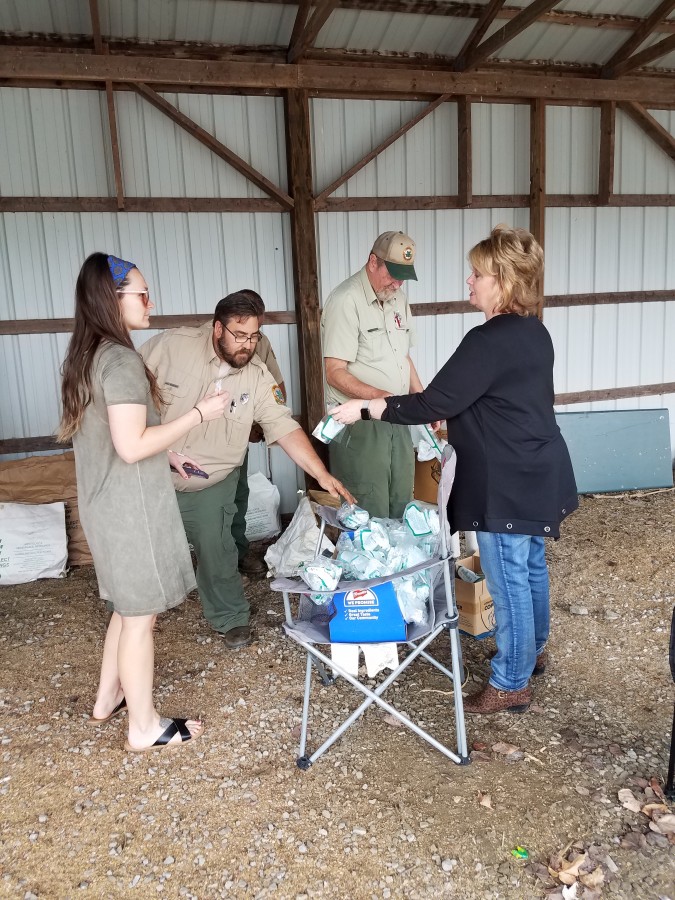 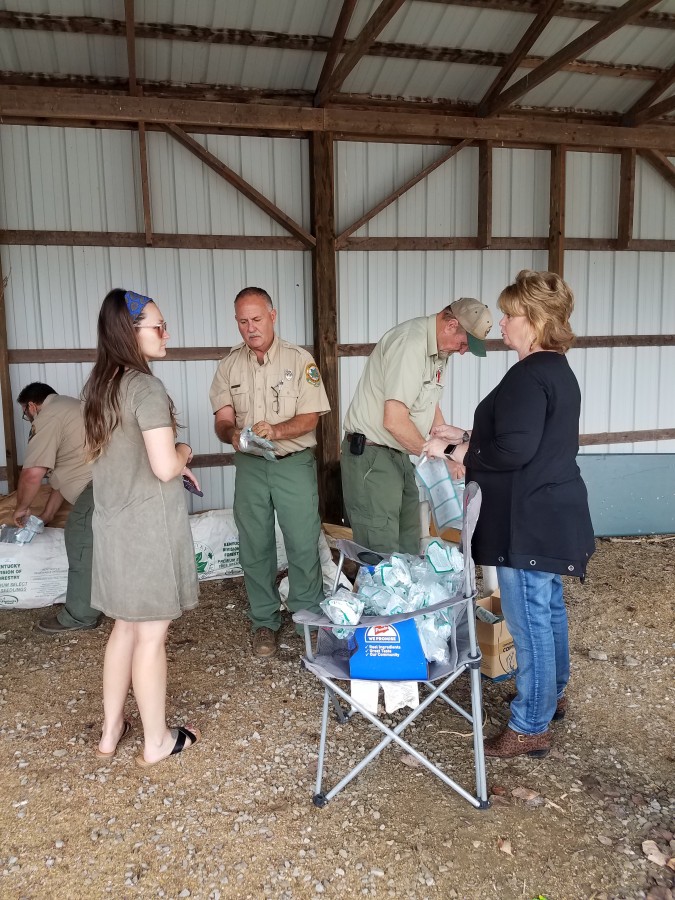 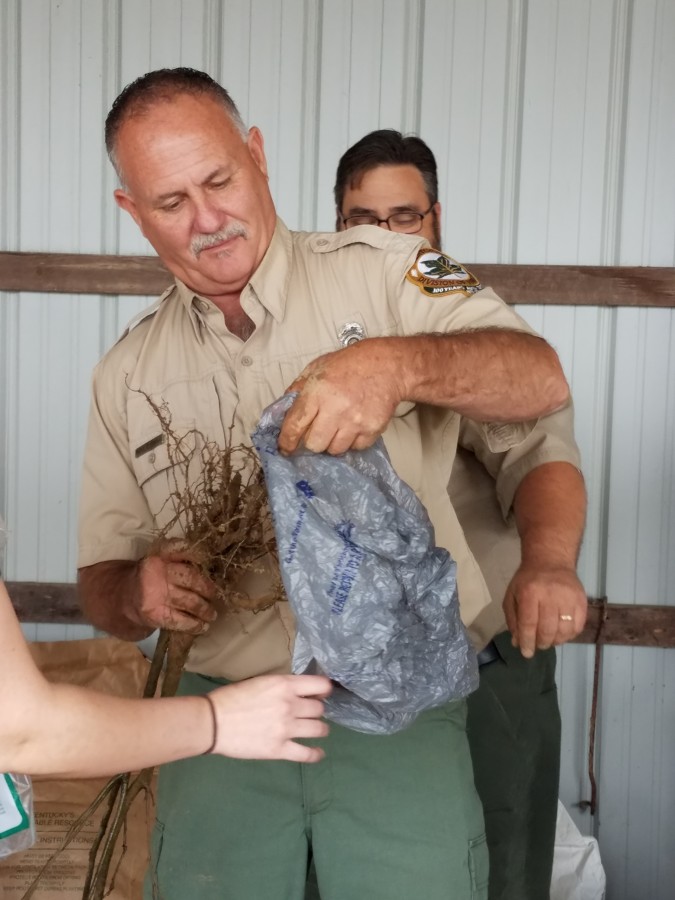 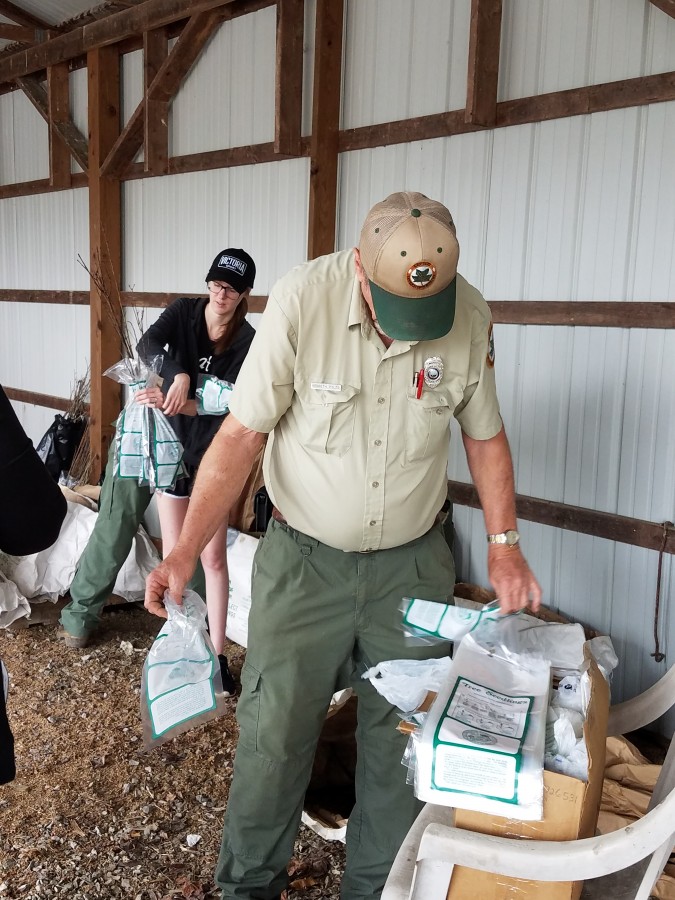