By: Terry Simpson
Stepping into the Monroe Youth Theatre recently was a bit of a shock — as a coffin, yes, a coffin, was front and center of the stage.
Add to that strange fact that some rather “country” accented voices were coming from behind it — it looked like a funeral home had appeared in the scene of the newest Monroe Youth Theatre production.
The Monroe County High School cast of the upcoming play, Dearly Departed, recently started rehearsals for the comedy show directed by former MYT alumni Allison Pickerell and Kathy Grace.
Pickerell directed students to speak with a bit more of a country accent, and slow down and project their voices as Grace looked on from her seat in the audience, surrounded by cast and crew.
Grace noted, “We have new freshman coming in this year and that is such a blessing. We need more kids for acting and as stagehands. We have a couple of seniors graduating this year — and the junior class — that will be a huge loss in talent when they leave us next year. I have been with those kids since they were babies and I think I will retire when they graduate,” Grace added.
The upperclassmen, as well as the new groups coming in and a few middle school students who were bumped to the high school level to provide more characters, will be practicing the play for the next several weeks until performances start both for the area schools and the public.
Watch for updates on costume rehearsals, dates for the shows and your chance to find out why a coffin is “center stage” and what is up with the twang of the students’ voices. You won’t want to miss this, Grace promises. 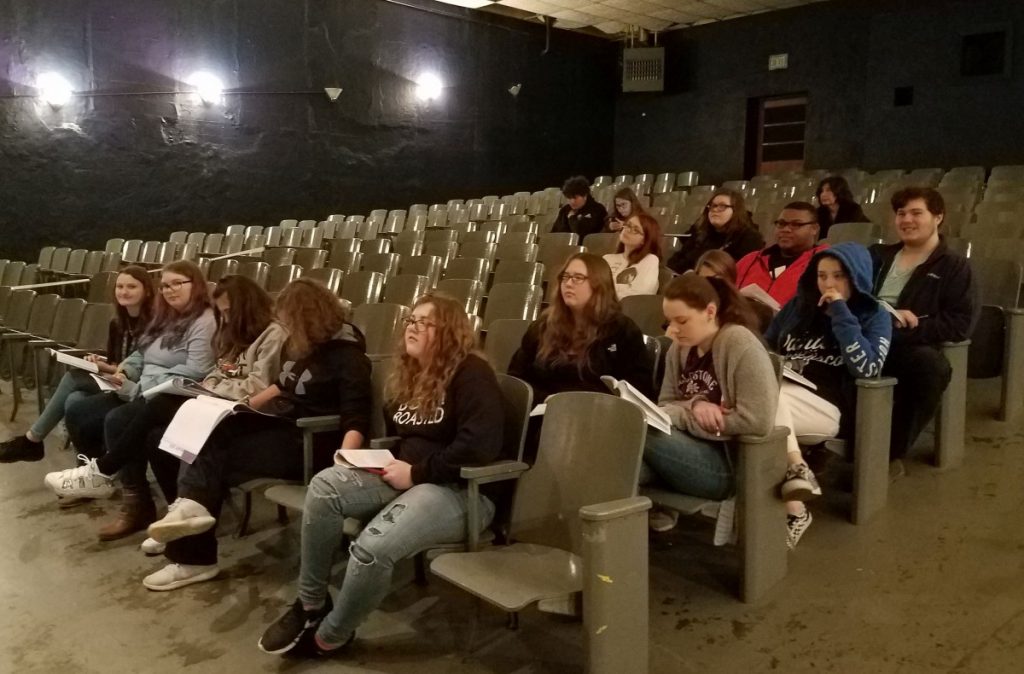 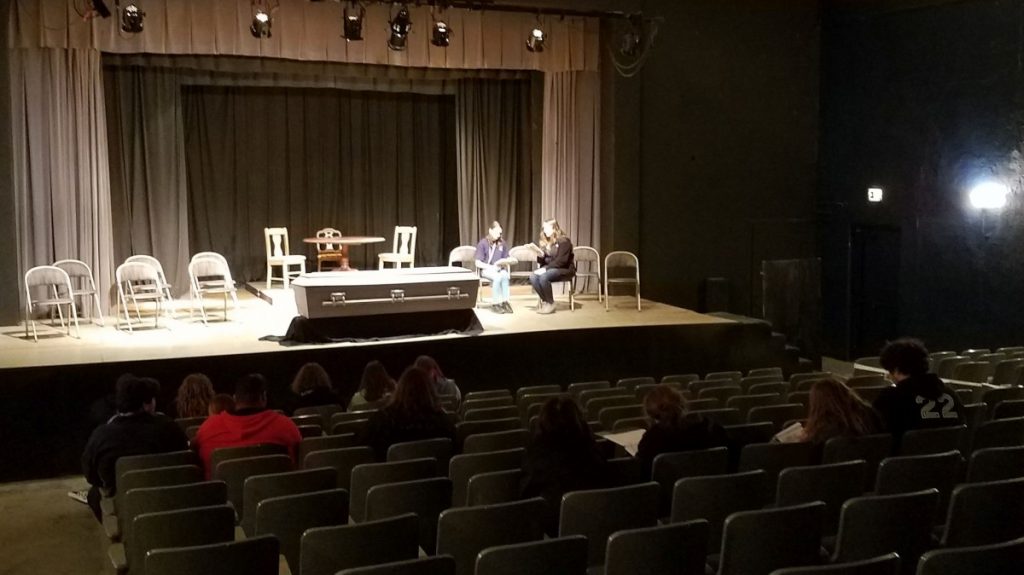 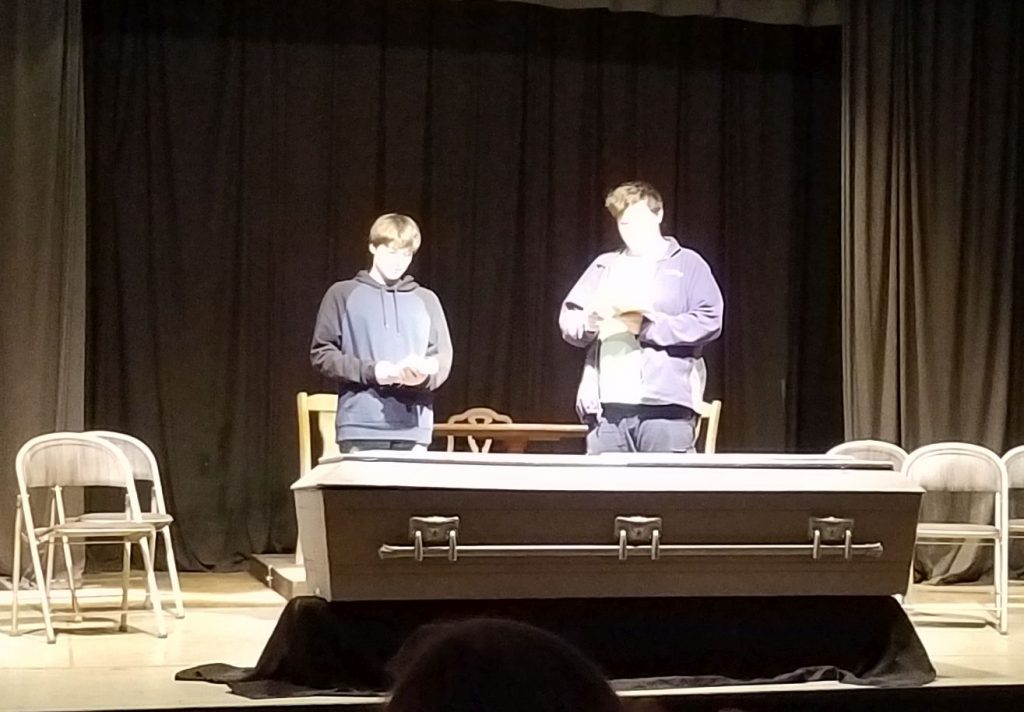 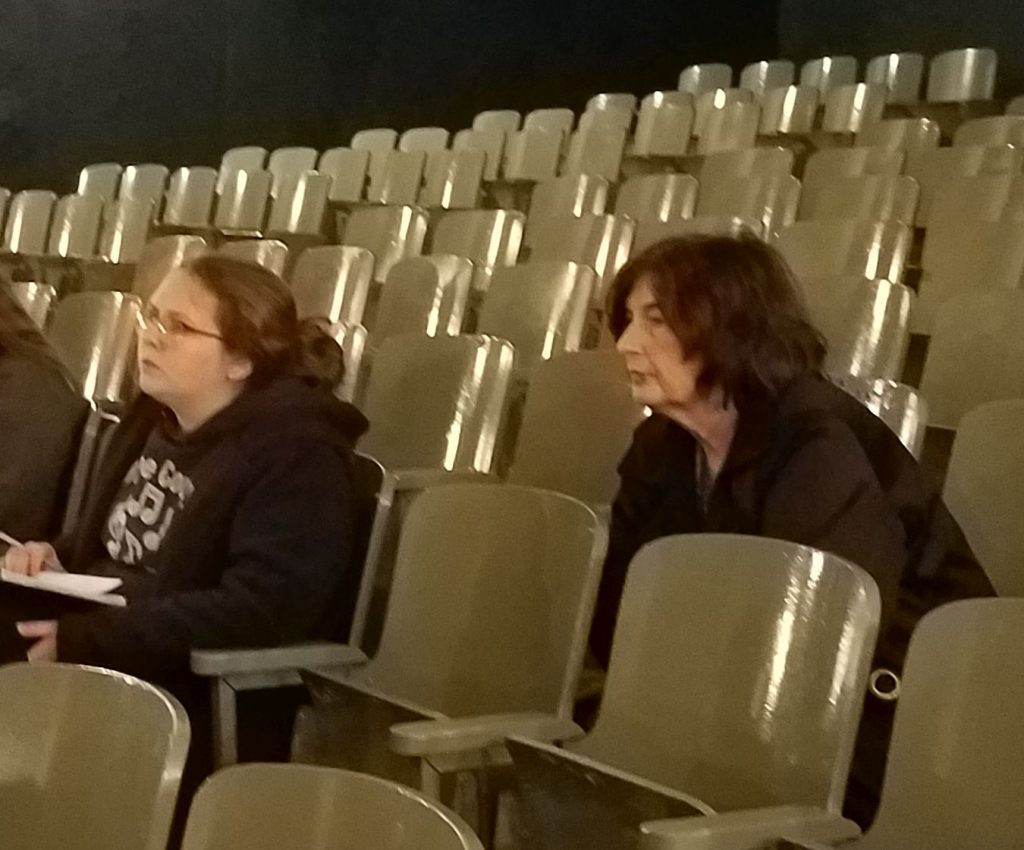